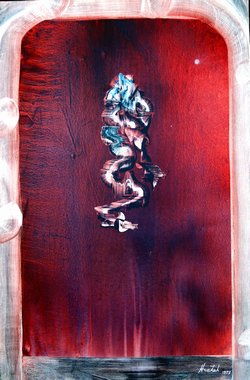 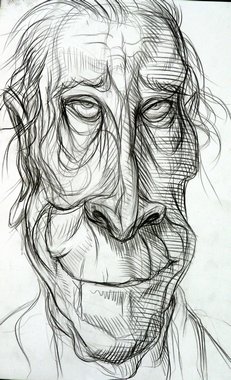 The 20th century began with technological transformations, which sparked the spirit of modernity, but modern paintings left out the technical part, when it aligned itself with the dynamics of the time, .

We have to go back 600 years, to find the last technical innovations in the history of painting. Back then, at the absence of camera and electronic communication, "painting was the main generator of social symbols". painting brought the world to people, taught them how to live in it, what values to adopt and what to believe.

Guided by these same economic and aesthetic principals, can we reinvent the painting process? If yes, how to use our hands and the viscous stuff called paint, to compete with magical technologies of our time? Let say, we succeed, can painting regain its old power by this?

Here is the easiest hand-painting process, that can bring together, great production speed, extremely low cost, unlimited size, and high quality, that cameras and computers have not yet produced, by synthesizing some of this together.

Hratch Israelian born in Armenia, 1956.
He pioneered this Painting Process in 1972.
Hratch lives and works in Los Angeles since 1980

Artworks created by an undetectable painting technique, that is imperceptible to the eye.
The works appear ethereal and physical manifestations of a reality that exceeds our own worldly expectations.


To some observers, this paintings are intriguing almost eerie settings for events which might have happened eons ago, in another world, or might take place someday in the future...